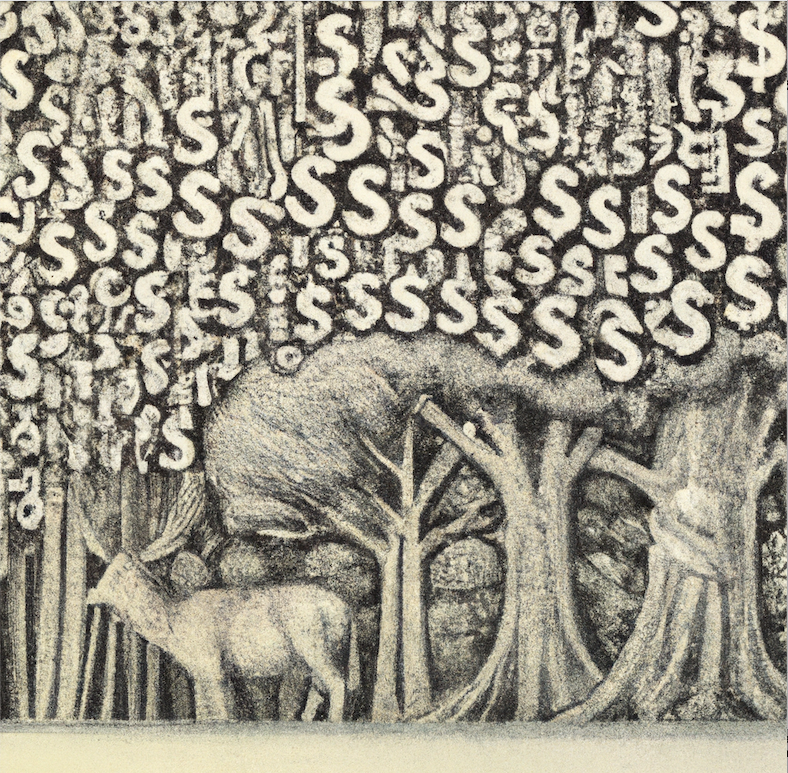 The working draft of our Density Debt Index (DDI) measures factors that promote equalization in an ecological accounting program.  Population, Area, Debt, and GDP are the factors most pertinent to equalization, providing a more comprehensive approach to valuing our ecological-economic data. The Density Data Index pertains to Equalization (Q factor) in the Intemerate Equation, which seeks to compare Low-Income populations with High-Income industrialized economies. Designed to be the core upon which we factor the wellbeing index and intemerate offsets, the DDI will help catalyze locally owned financial instruments (like Environmental Default Swaps) to provide access to infrastructure loans, bonds, insurance, and other financial instruments.

Imagine an army of environmentalists coming to the region to discuss the importance of protecting our natural habitats, conservation, and the kind of mitigation and adaptation systems we will need to prepare against the impacts of climate change.  They are not wrong, but the local population should service their environmental sector and benefit from generations of stewardship and indigenous knowledge. The world understands we need a program to coordinate financing, adaptation, and resilience. But in developing countries and poor, displaced, and vulnerable communities, there is already the burden of having a lack of access to financing and infrastructure, requiring aid dependencies that are often not of our choosing or our best interest.

Maritime Protected Areas (MPAs) are one such scheme where the management and environmental monitoring technologies are developed by Department of Defense subcontractors, working closely with environmental non-profits. Analyzing and recording data seems benign, but soon national accounts will shift how data is valued in national economies. This may not seem significant now, but if and when natural capital begins to be valued at tens of trillions of dollars, the accounting of that data will be subject to fierce disputes over ownership and regulatory access to that data.  It will not benefit our local populations to allow a handful of private investment firms in the wealthiest countries to profit from the management of our environments, particularly when they were the very ones to degrade and deplete our land and resources for their own industrial and financial gain.

In the meantime, the global economy is in disarray. The environmental and economic polycrisis confronting the world today necessitates solutions towards reversing climate change, restoring ecological biodiversity, and redistributing global wealth more fairly and equitably.  And while much of the world is trying to move away from a unipolar economic system and the insidious disparity caused by privatization, capitalization, and the consolidation of wealth, industrialized economies are raising our debt ceiling by numbers that far exceed the debt of developing countries. Few opportunities are available for developing countries to pursue financial independence. These are often obstructed by powerful agents that seek to maintain the direction of power and capital to the industries and corporations that are most responsible for our social and environmental disparities.

Movements challenging this unipolar system exist, but what viable plan is there to redistribute wealth fairly and equitably in a way that will not collapse the global economy?

One such path may be the Intemerate Equation.  We have set out to produce an accounting program that would help transition economies in a way that does not require the redoubling of debt or aid and would not suddenly collapse the entirety of the global financial system.

The Density-Debt Index measures Population, Area, Debt, and GDP, comparing the debt burden across countries with different population densities to provide a more complete picture of the economy and what a global economy could look like if we removed some of the obstacles that reinforce unfair, unjust, and inequitable accounting systems.

Population Density is a dividend of Population and Area using World Bank and UN statistical data when available.

The Debt per capita aspect of our index combines the two most significant ways of accounting for GDP—Current (nominal) and Constant (PPP). Nominal GDP is often used to measure national debt, while GDP “Purchasing Power Parity” informs our per-capita measurement. Integrating debt into a composite of variables that revises what the economy of a country looks like reflects a better picture of our economy, one that could be used to measure health, wellbeing, and our environment in a way that is not based on the commodification of Natural Capital and the kind of scarcity pricing that we are beginning to see reflected in the price of water, for example.

Why the two GDP measurements?

GDP Constant (PPP) is measured by taking the total value of goods and services produced within a country in a given period, usually a year, that is then converted to international dollars of that given year. This means the value is adjusted for inflation to measure economic changes according to inflationary prices.  PPP, or Purchasing Power Parity, compares different countries’ currencies through a “basket of goods” approach measuring the number of goods and services that can be purchased in each country.

GDP Current (nominal) is better for measuring national debt because it is the typical measurement for economic activity measuring the production of goods and services and exports (minus imports) at current prices, so it makes sense to measure debt the same way.

While GDP (PPP) may be a better aggregate for measuring economic growth and development of local or indigenous communities when accounting for inflation, both metrics measure economic output that policymakers and leaders rely upon for investment.  A new accounting methodology that promotes resilience, sustainable infrastructure, mitigation or adaptation programs, indigenous health and education, or other research and development that utilizes local and customary technologies will also increase growth and access to capital.

Building upon local distributive networks and supply chains rather than only to global markets will also provide solutions for our communities. Investing in an accounting side table that modulates GDP to include wellbeing and the environment will create new markets and opportunities for communities as long as data remains in the community. Data localism ensures that the values of our environmental interactions are not undervalued by corporate or private interests seeking to maximize their profit motivations by consolidating data.

Public Debt per capita is the debt that each citizen holds. This is a record of the burden each citizen carries, and its importance must be reflected in the decisions our government makes regarding our future. A condition that is difficult to accept, particularly in a world interconnected by markets and global environmental factors, is that some countries are required to pay back their debt at the expense of tremendous distress on the population, and some countries are allowed to keep borrowing as if they have no obligation ever to repay. The Public Debt per capita revises the notion of wealth as an indicator of debt, emphasizing access to wealth rather than an ostensible understanding of wealth as something we hold in reserves. A public debt per capita indicator measures our access to wealth—regardless of how we define wealth—and that our access to wealth should be fair and equitable.

For countries to more equitably shift how we measure their economy requires a market and a platform for exchange. Environmental data will soon amount to a sizable share of the global economy. For small economies with vast territories, locally owned data could provide for a considerable shift in the economic future of these countries. In contrast to ambitious new regulatory demands found in new trade agreements and regional cooperation initiatives, data localization is prohibited, meaning that local, customary, or indigenous ownership of environmental data is not allowed and is subject to access from all countries that are part of the cooperation, and therefore inaccessible to countries that are not a part of the cooperation or agreement.  The Intemerate Equation upholds data localism, maintaining that ecological data remain private and verifiable, employing the tools and methodologies of local, customary, and indigenous protocols. Utilizing intemerate offsets does not treat nature as capital or require a commodification of our blue/green spaces, but instead treats the act of restoration as a value, thereby allowing communities to own and manage their ecological data and determine their rate of restoration.

Building upon a public debt per capita index, adopting an ecological accounting side table will potentially boost revenue and provide greater access to development and infrastructure.  While it may seem counter-intuitive in the current modality of debt-reduction schemes to increase our access to debt, we should consider that zeroing out our debt does very little for the creation of capital and integration of new markets, particularly when current debt repayments do not benefit developing countries, but instead goes towards raising the debt ceiling of the advanced economies (to perpetuate more privatization and consolidation of our land and resources). Access to capital will provide the infrastructure to engage in new ecological markets. It may be the best way to move out of the current debt trap that many developing countries are in and provide for a kind of debt repayment that benefits all parties.

The architecture of an accounting side table is the foundation of an ecological marketplace that could be used to transition away from GDP—not reject it entirely—just position it to where it should always have been, as an appendage—like an arm—of how we value our national economy.  Rather than focusing only on the arm, this index would better reflect a more complete body of our environmental health and wellbeing.

The architecture of this accounting matrix includes wellbeing indicators to adjust GDP and provides an alternative path that would shift how we value certain environmental commodities, privileging, for example, small local family or community-based farms, food production, and seed exchange while maintaining inherent structures of transport that supports translocal trade and interglobal supply chains.

Under the present system, the consolidation of farms and food does little to protect the biodiversity of species and the diversity of local technologies and welfare. What we include as biodiversity should also include a myriad of indicators, the alterity of displaced peoples: forced migrant, landless, stateless, houseless communities, and other cultural identifiers that fall outside the standards of an increasingly narrow economic metropole. By revising the accounting equation, more significant investment will privilege our transition to an Environmental and Social Governance (ESG) economy without collapsing the entire global economy in the process.

This index should not be interpreted as promoting a scheme seeking to alienate communities in rich countries from participating in ecological accounting.  Tribal nations and indigenous communities that have access to their environment and a methodology to determine debt, population, area, and local economic factors measuring productivity will benefit, as well as urban, migrant, or other impacted communities that seek a general understanding of where they might rank in this index given that they can participate in a program of restoration that could help to alleviate some of the economic burdens that challenge those who have little access or infrastructure over their development needs.

Also, the index and program do not address factors of taxation that governments could impose should financial earnings exceed our conservative estimates of this market. Our objective is not to create new barriers over wealth creation but to propose a way forward that would help to restore ecological biodiversity, reverse climate change, and distribute global wealth more equitably between countries and within economies. In time, we anticipate that earnings will provide revenue to governments, helping to pave their infrastructure projects and reduce dependency on aid programs. We believe that when countries raise their access to capital, they will also raise their ability to attract infrastructure loans.  Unlike current investment schemes that exploit remote areas with extractive industries, intemerate accounting rewards remote areas for restoring and maintaining habitats and wellbeing. If this were the market, remote islands and environments should have some of the highest standards of living on the planet. Government revenue should reflect and be rewarded for providing access and infrastructure that maintains global health. In the current system, low-performing countries are mired in toxic debt, and intemerate accounting could provide the pathway towards attaining genuine development factors.